I worked on a lot of projects during my time at LucasArts that were announced to the public, but later cancelled or changed before being released.   This has generated some interest from some hardcore LucasArts fans in some of these discarded materials.  Going through my old files, I recently dug up some old animation I did on some of these games.  I put together some of them into a reel, and have included some descriptions of these materials.

1. Herc's Adventures
These are "clean" versions of some of the animation I did for this game.  Sometimes you can't always appreciate the animation as well with all the backgrounds, scrolling and activity going on during gameplay.  Also--especially with sprite-oriented games, sometimes things can be lost in the translation during processing.  These clean versions give you a better look at the original feel of the animation.

2. Full Throttle
Here's a clean version of the run cycle used in a cutscene in Full Throttle where Ben tries to escape from a big ball of flame on an airplane (if I'm remembering correctly)

4. Loom
This was animated for a cutscene in the 256 color version of Loom.  I don't remember for sure if this version of the animation appeared in the final version of the released game.

5. The Dig (Brian Moriarity Version)
Here is some animation from the Brian Moriarity version of The Dig.  The first shot is a walk cycle of the creature that is reincarnated for this early version of the skeleton puzzle.  The second shot is a death-by-electrocution animation cutscene of a sea creature.  Somewhere, there exists an animation I did of two of these creatures ripping one of the characters in two.  The third shot is the reincarnation shot of the creature in the skeleton puzzle.

6. The Dig (Noah Falstein Version)
Here are some walk-cycle animations I did of some creatures for the Noah Falstein version of The Dig. The premise in this version of the game was that the world was inhabited by a dying race of six-limbed creatures.  Because of this, much of the technology could only be operated by the surviving natives, or by the cooperation of two human characters (it was to be a multi-player game.)  The most feared creature in the game was the Terrabat, a creature with a pair of claws and two pairs of wings.  A couple of Terrabat animations are shown here.

I have another reel here of animation from various LucasArts games (as they appear in the released product).  There are also some animations from the Moriarity version of The Dig and a test animation from the unreleased Indiana Jones and the Iron Phoenix.

Hello, friends!  Have a happy and joyous holiday season!  And a great 2014! 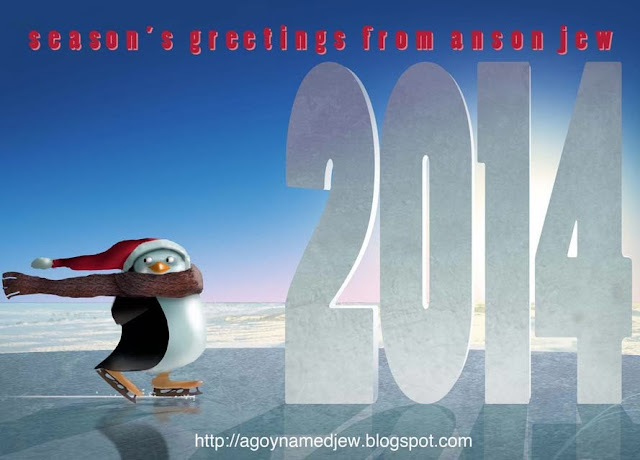