Getting into the Union Is An Uphill Battle 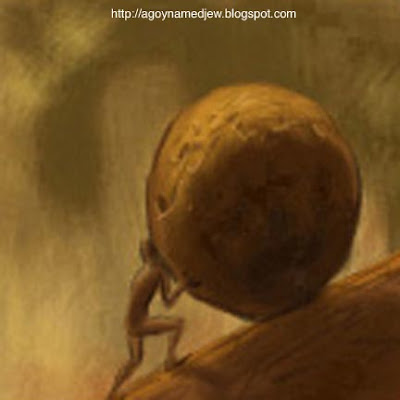 Currently, there is a convoluted system in which you must accumulate so many days of work within a 365 day period doing union commercials to get on a commercials experience roster (and a second number of days once you have been put on the roster) before you will be allowed to be put on another roster that allows you to work on feature films or TV. Another way to get into the union is to be hired on a non-union movie that later signs up with the union while you're on it. But this is a rare convergence of events that can't be predicted nor planned for.

Since union commercial production houses tend want to hire union artists before hiring non-union artists, and because non-union artists' days only count toward the roster if the company agrees to put their hours on a union timecard, it can be very difficult for a non-union artist to rack up enough days in a year to get on the commercial experience roster. Effectively, this makes it almost a matter of chance whether or not you can get into the union. I've been in LA doing storyboards since 2002, and only know of one artist who has gotten in by accumulating commercial hours. Most have gotten in by working on non-union films that went union while they were on it...essentially they were hired at the right place at the right time.

Before moving to LA, I worked on Sky Captain and the World of Tomorrow for 7-8 months doing storyboards. That was when the movie was a small indie production. The film eventually did go union, but only after nearly a year had gone by since my last day of work on that project. I have tried to get into the union in so many ways for years without success. Mike has been storyboarding for decades, and is even an Emmy winning director, yet by the union's reckoning, doesn't have enough experience to be in the union.
Both Mike and I support the union movement and what it stands for, yet the current roster based system makes it damn near impossible for us and many other experienced artists to get into that union. There are other unions (The Animation Union, for example) that operate just fine (far as I can tell) without a roster system.
It just seems to me as though something is very wrong in Tinseltown.

That Time of Year Again 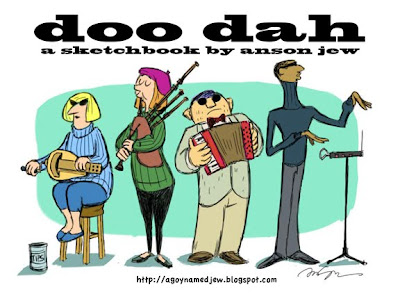 San Diego Comic Con is less than a week away. As usual, I will have a table at Artists Alley. You can find me at Table DD24 right next to my brother Benton, who will be at Table DD23. I will be selling all the usual comics, posters, sketchbooks and original art, plus my new mini-sketchbook, "Doo Dah". Please stop by and visit! I also plan to spend a bit of my non-Comic-Con evening time visiting Trickster, the new event for storytellers showcasing their creator-owned work running concurrent with the convention.
Posted by Anson Jew at 8:05 PM 3 comments: