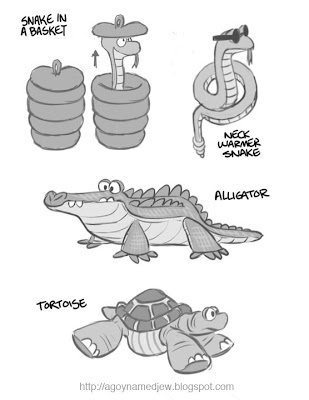 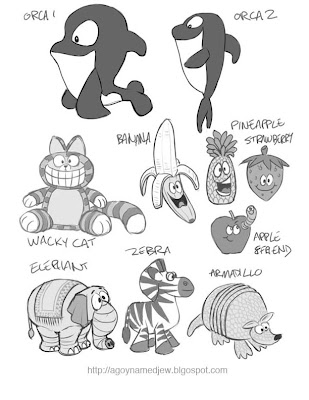 Oh wow. The last time I posted to this blog was in October. Sorry I've been such a stranger! There have been a lot of things happening in my life both professionally and personally, and though it may not be the right time to go into it in detail right now, I'll give you an update of what's been going on.
I worked on two live-action feature films that are supposed to hit the screens in 2013. One is an action-adventure-fantasy movie based on an old property made famous by Disney. The other is the latest installment of a very popular horror movie franchise.
There were also a few commercials and TV projects, including The History Channel and some commercials for companies like Phenomenon, Big Block, and Blind. There was also some illustration work I did earlier in the year for Ojingo Labs. More recently, I also managed to take a little time out to help out Mike Levine of Planet Cazmo create a logo for his latest upcoming venture, Happy Giant Media.
In the meantime, here are some sketches I did for a company that designs plush toys.
Posted by Anson Jew at 1:16 PM 2 comments: