While tabling at San Diego Comic-Con, I was interviewed by The Geek Squad. Egads, why is my voice so squeaky in this interview?!

I spent a lot of my table time at Comic-Con sketching. Here are some of the sketches I did: 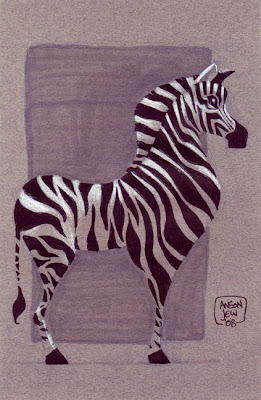 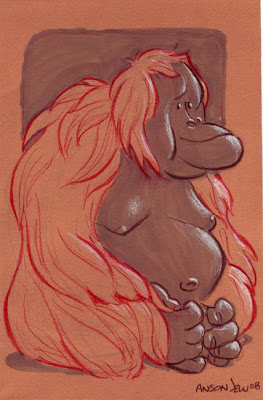 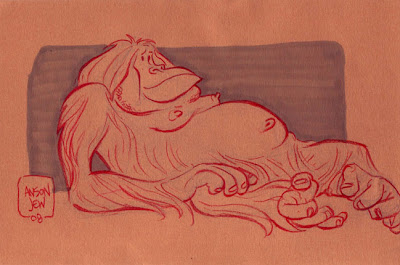 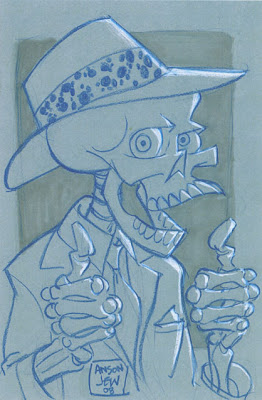 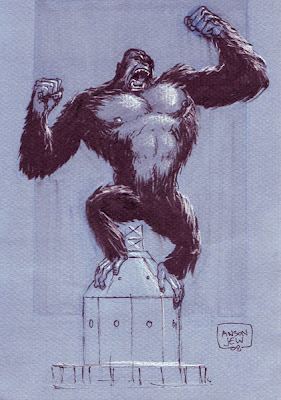 Stuff to Look Out for at Comic-Con '08

There is going to be so much to see (and buy) at Comic-Con this year! Here's a sample of some of the stuff I'll be looking out for (and so should you!):

ABISMO/NERVE BOMB: Jamie Baker, Rhode Montijo, and Brian O'Connell will be dazzling you with their fantastic work at Booth 1329

BOSCO NG/SERGIO PAEZ: Bosco's Figs and Sergio's Matador will be popping some eyeballs at Tables G6-G7

SAM HITI/SHO MURASE: Sketchbooks and prints that are sure to dazzle you! Booth 1830

SCOTT MORSE/JEFF PIDGEON/BILL PRESING More talent here than you can shake a pencil at! Booth 4800

SERGIO ARAGONES: The fastest pen in the west! Table I7

Of course the table you should visit most of all is MY table at Artist Alley (EE01) right alongside my brother Benton (EE02) because if you don't buy stuff from me, how on earth am I gonna pay for any of the stuff listed above?!!


Say, if you are a reader of my blog and want a plug for your Comic-Con table, just leave a comment and I'll update this post!
Posted by Anson Jew at 7:55 AM No comments:

I will have an Artist Alley table this year at Comic-Con. I'll be doing sketches, and selling the usual titles (Saturday Nite 1 & 2, Diddly Squat, Vice, and Babes in Space). My new mini "The Hand of Fate" will be on sale as well. Although a finished version of this exists, some distance tells me I really need to punch up the story a little bit, so I'm using these last few days to work on it a little. Here's what the cover looks like: 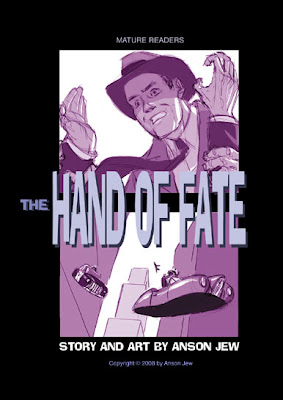 I'll be sitting next to my brother, who will be selling his work as well.

Stop by and say hello!
Posted by Anson Jew at 10:49 PM No comments: