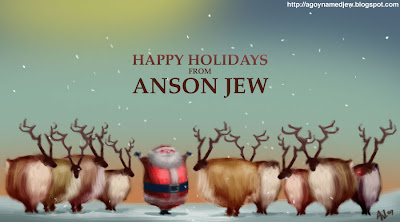 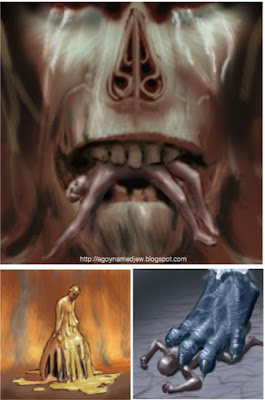 As part of the promotion for EA's new video game,
DANTE'S INFERNO, EA along with G2 created a free Facebook app called GO TO HELL. In it, you can condemn your friends (or enemies) to 72 or so various torments in hell -- whether being bathed in boiling oil, being melted into wax, or being chewed up by Lucifer. I was hired to create a ton of digital paintings depicting these torments, and while many are up right now, there are many more on the way (seven of the torments currently up were created by another artist). You can also propose to condemn various famous people to hell and other users can vote on whether they should be punished or absolved (Sarah Palin isn't doing too well right now).

Many thanks to my friend Nick Braccia at G2 for thinking of me for this job! 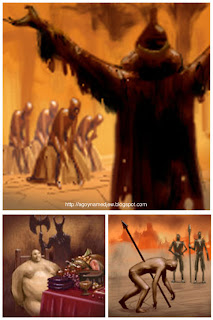